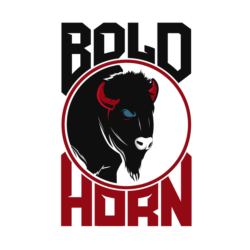 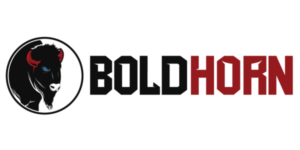 The Kelly Kettle is a very unique product that requires only common sticks, pine cones, or really anything that you can find outside on the ground. It’s hollow center allows the flames to go right through the middle of it and out the chimney at the top, giving a lot more surface area for the flames to heat instead of just the bottom of the kettle. This allow you to boil water very quickly to make food, drinks, and enjoy the outdoors or survive in any conditions.

The cross section drawing that shows the water inside and the hollow middle of the kettle is our favorite part, and it is awesome all of the accessories that come with it. Click on the image above and watch as we explain this amazing product and how fun it is to use! You can get one of your own by going to kellykettleusa.com.

Do you live for the next time you can be enjoying the great outdoors? Maybe the outdoors isn’t for you but you know you need reliable equipment for camping or a survival situation? In either of these circumstances you will need to boil water, cook fast, and survive.

Like most people, you have probably used a small camping stove that either went scorched earth on your food or took forever to just boil some water. It really doesn’t have to be like that.

Watch this short video to the end.  I promise to reveal the ONE piece of equipment which can make your outdoor adventures completely enjoyable as well as prepare you to deal with any disaster!

Meet Glen. He loves camping, hiking, kayaking, fishing, basically all things outdoors, and he is a diehard prepper.

On a recent backpacking trip, he was excited to try out a new compact fuel stove. Unfortunately, it didn’t work out as he hoped. The concentrated flame was intense and he burned some portion of almost every meal. Scrubbing pans with burnt food was not how he wanted to spend his time. With two days left on his trip, the fuel valve malfunctioned rendering his fuel stove useless. Also, despite his best efforts to be eco-friendly, the empty canisters he had to pack out weren’t refillable so he had to throw them away when he got home.

Glen went to visit his friend Rick to plan their upcoming trip to Alaska. He related his frustrating gas stove experience and how it had malfunctioned. He explained he didn’t know what to do for cooking food on their trip since he couldn’t take the fuel canisters on the airplane. Rick then shared his secret solution, the Kelly Kettle, the combination stove/kettle that he had used for years with never a problem… ever!

They went into Rick’s backyard carrying a small bag. He quickly picked up a few old pine cones and twigs from under a tree. He pulled out his stainless-steel Kelly Kettle and removed a fire base and cook set that were tucked up inside.

Rick placed the pine cones and twigs in the fire base then took the kettle and poured water into the kettle spout.

Next, he set the kettle full of water on the fire base, pointed the air hole to the wind and lit the kindling. The fire took off almost instantly sending smoke and fire out the top of the chimney.

Glen watched in amazement as Rick dropped a few more twigs and pine cones down the chimney then placed a pot support on top. He then placed the pot on the support and poured in a few eggs he had scrambled and started stirring. They started cooking immediately.

The wind started blowing and Glen thought that would for sure put the fire out,

but to his surprise, the more the wind the greater the air draft up the kettle chimney which made the fire burn even hotter! 5 minutes after they put the kettle on the water was already boiling.

Rick took hold of the sturdy bail handle with 2 hands, lifted the kettle off the fire base and then,

using the stopper on the chain, tilted the kettle to pour boiling hot water into a pack of freeze dried lasagna.

Glen realized the fun was just starting when Rick dropped a few more pine cones in the fire then placed the hobo stove on the fire base and started cooking two large sausages in a frying pan.

In under 15 minutes they had set everything up, cooked a gourmet meal and were ready to eat on the stainless-steel plates which came with the Ultimate Kelly Kettle Kit!  Glen was impressed!

As the glow of the setting sun colored the evening sky, Rick added more water to the kettle for some hot chocolate.

He removed the kettle once again and poured hot water into the stainless-steel cups to make hot chocolate.

Glen sat contentedly eating his smore, drinking hot chocolate and full from the delicious meal Rick had prepared, all with his Kelly Kettle. “That was about as hassle free as it gets”, said Glen. “And no fuel canisters to throw in the trash!!”  “I guess we are set for our Alaska trip”, he said smiling.

As they said good bye Rick asked Glen what he had planned for the night. With a big grin, Glen replied, “You aren’t going to be the only one with a Kelly Kettle!”

As he walked home he took out his phone, went to Kelly Kettle USA.com and completed the purchase of his own Kelly Kettle Ultimate kit.  Now he too would be able to boil water, cook fast, and survive anywhere, anytime, hassle free!